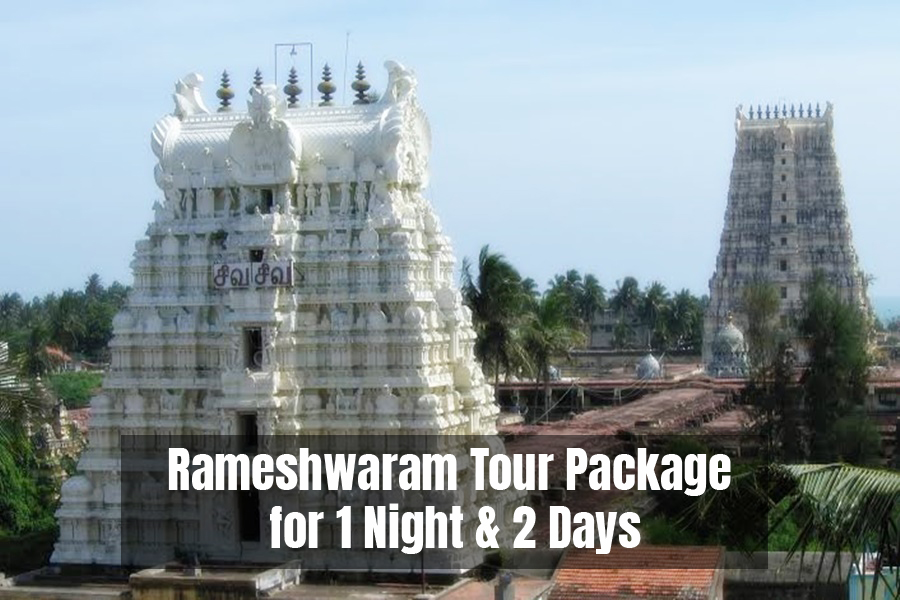 Rameshwaram is where Lord Rama began to get his significant other Sita from Ravana Lanka. Rameshwaram is viewed as one of the 12 Jyotirlingas of Lord Shiva. The sanctuary is devoted to "Ramanathaswamy" signifies "The Master of Rama". The sanctuary comprises of 2 lingas in particular the Ramalingam worked by Sita Devi with Sand and Viswalingam put in the sanctuary by Lord Rama which was brought by Lord Hanuman from Kailasha. Aside from the Rameshwaram Temple Dhanushkodi Temple, Ram Tirtham, Jatayu Tirtham, Panch-Mukhi Hanuman Temple, Agni Tirtham and a lot more are the attractions to visit.

We anticipate facilitating you on your next trip!

Pickup from Airport/ Railway Station/ Bus Station, Drive to the Hotel and Check-in, Fresh up for 1 Hour.

Ramanathaswamy Temple is a Hindu sanctuary devoted to the god Shiva situated on Rameswaram island in the territory of Tamil Nadu, India. It is likewise one of the twelve Jyotirlinga sanctuaries.

Seetha Theertham is one of the vacation destinations in Rameswaram, The seetha theertham is arranged close to the Laksmana theertha.

Pamban Bridge is a rail line span which interfaces the town of Mandapam in central area India with Pamban Island, and Rameswaram. Opened on 24 February 1914, it was India's most memorable ocean span, and was the longest ocean span in India until the launch of the Bandra-Worli Sea Link in 2010.

The word 'Theertham' in a real sense signifies 'water' yet in Hindu folklore, it is typically the actual blessed water body related with a sanctuary or divinity. Rameshwaram has 64 such theerthams. 22 of these are accepted to be hallowed and are inside the premises of the Sri Ramanathaswamy sanctuary.

It is said that Dharmaraj took a heavenly plunge in this Tirtha and favored with riches. Situated close to South of Hanuman Temple. Savitri Theertham.Very tranquil air. The best part was the shower from 22 well

Cost Included of Below Elements