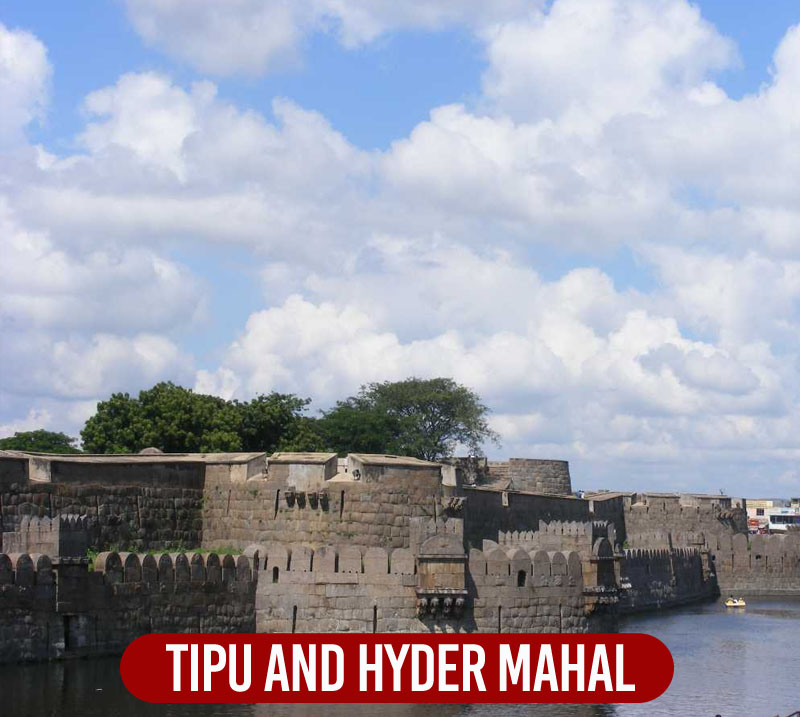 At the point when you visit Vellore Fort, remember to visit Tipu and Hyder posts that are situated inside the premises. These are both separate posts, thus giving you a twofold dealon spots to visit in Vellore. The fortresses are committed to Tipu Sultan and Hyder Ali, the eighteenth century leaders of Mysore. Despite the fact that the outsides of the fortresses are discolored because of environmental change, their importance and assurance stay unaltered.

Bhagamati (Hyder Mahal) was a sovereign of Sultan Muhammad Quli Qutb Shah, in whose honor Hyderabad was evidently named. There exists banter among researchers about whether there existed any Bhagamati whatsoever and whether she impacted the naming.

Inside the dividers of the post is a motorcade ground flanked by two extraordinary mahals, two story houses with enormous inward patios and the Jvarakandeshvara Temple (c. 1566) which is a wonderful illustration of Vijayanagar engineering.

A ways off of 1.5 km from Vellore Town Railway Station, The Tipu Mahal and Hyder Mahal are the royal residences situated inside the Vellore Fort. The Tipu Mahal has 180 rooms with a focal point of support corridor and the Hyder Mahal on a similar grounds housed more than 200 rooms..

It is accepted that Tipu lived here with his family during the conflict against the British. The royal residences are shut to public these days as they act as a high security jail. During the British rule, Tipu Sultan's family was confined here and the last lord of Sri Lanka in imprisonment.