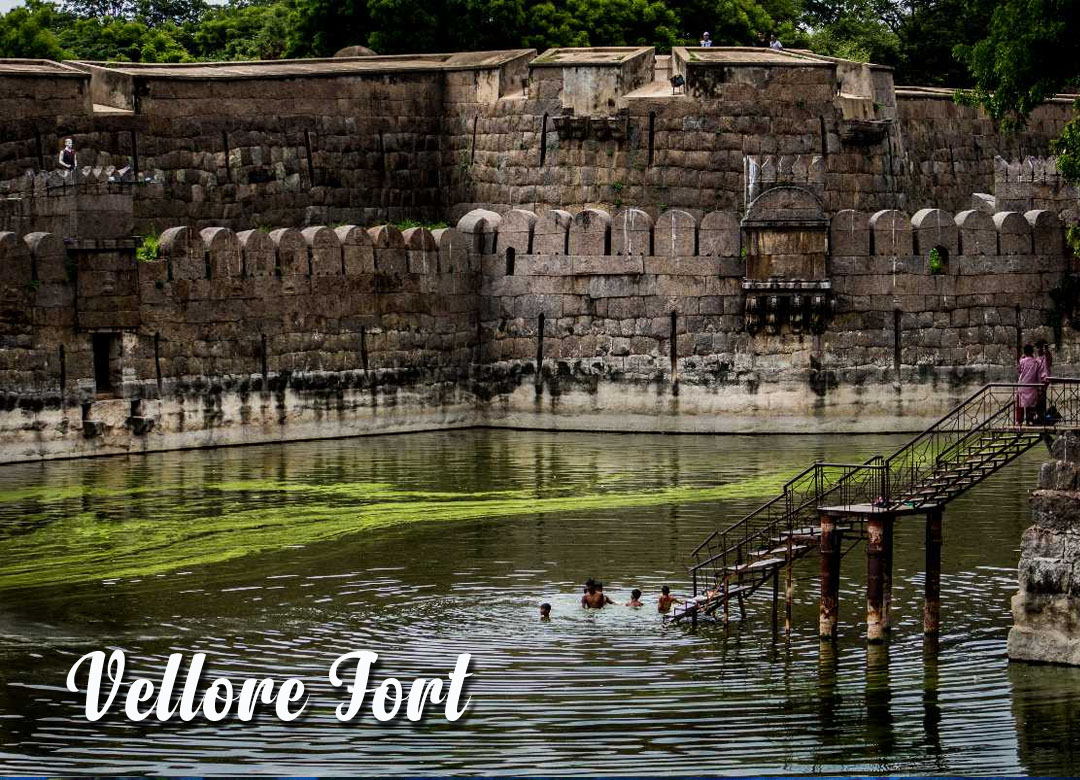 
One of the top vacationer places in Vellore, the Vellore Fort is a must-visit. Situated a good ways off of 1.5 km from the primary railroad station, this post is a sixteenth century stone stronghold situated in the core of the town. Encircled by a profound canal was once loaded with crocodiles. The stronghold spreads over an area of 133 sections of land. There's a sailing office accessible here as well. Visiting this stronghold is one of the required activities in Vellore on your excursion.

Vellore Fort is a huge sixteenth century stronghold arranged in heart of the Vellore city, in the territory of Tamil Nadu, India worked by Vijayanagara lords. The stronghold was at one at once of the Aravidu Dynasty of the Vijayanagara Empire. The post is known for its fantastic bulwarks, wide channel and vigorous brick work.

The post's proprietorship passed from Vijayanagara rulers, to the Bijapur kings, to the Marathas, to the Carnatic Nawabs lastly to the British, who held the stronghold until India acquired autonomy. The Indian government keeps up with the stronghold with the Archeological Department. During British rule, the Tipu Sultan's family and the last lord of Sri Lanka, Sri Vikrama Rajasinha were kept as detainees in the stronghold. It is likewise an observer to the slaughter of the Vijayanagara illustrious group of Sriranga Raya. The post houses the Jalakanteswarar Hindu sanctuary, the Christian St. John's Church and a Muslim mosque, of which the Jalakanteswarar Temple is well known for its glorious carvings.The first huge military resistance to British rule emitted at this stronghold in 1806.

Vellore Fort was worked by Chinna Bommi Reddy and Thimma Reddy Nayak, subordinate tribal leaders under Sadasiva Raya of the Vijayanagara Empire in the extended time of 1566 AD. Vellore Fort acquired key noticeable quality following the re-foundation of Vijayanagar rule with Chandragiri as their fourth capital after the Talikota fight. The Aravidu Dynasty that held the title of Rayas in seventeenth century lived in this post, involving it as a base in the clash of Toppur during the 1620s. This significant fight occurred for the guaranteeing of the Raya title between two groups of the Raya family. Every group incorporated their individual subordinates: the Nayaks of Tanjore, the Gingee and the Madurai favoring one side to suit their inclinations.

The Rayas additionally had long-running fights with their long-lasting adversaries, the Bijapur Sultans, and with the Nayaks of Madurai and the Gingee over non-settlement of yearly recognitions. During the 1640s, during the rule of Sriranga Raya III, the post was momentarily caught by the Bijapur armed force, however was in the long run recovered with the assistance of the Nayaks of Tanjore.